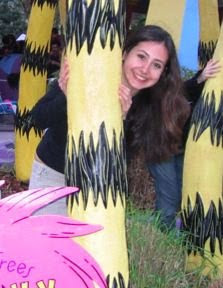 No project updates this week, just a farewell to a friend. I met Mila through Tory - they were in the same draw group at Stanford and had been very close ever since. I didn't know Mila nearly as well, but she was one of those people whom it's almost impossible not to like, and news of her death came as a shock.

Mila was finishing her last year at Yale Medical, and was set to start her residency as an emergency room physician back here in California. She was struck by a car and killed while crossing the street on the way to her apartment last week.

My last email conversation with Mila was about trauma cases we'd both seen, oddly enough. She was on anesthesiology rotation at the time, which she said mostly involved jealously watching other people sleep.

What a horrendously unfair end for a wonderful, bright young woman who should have had a long and productive medical career ahead of her. It's been a week and still the refrain from Depeche Mode's Blasphemous Rumours runs through my head when I think about it. A sick sense of humor, indeed.

You'll be missed, Mila. The world is without a doubt a worse place without you in it.
Posted by N1VG at 8:26 PM No comments: 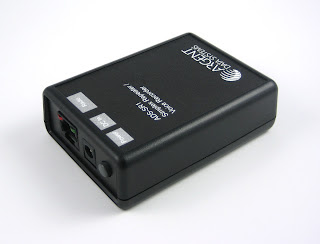 The simplex repeater project has been coming along more slowly than I'd hoped. That's been partly due to the difficulty in getting the software-based DTMF decoder working, but I think it's good enough at this point for a beta release at least. But mostly, everything else imaginable keeps getting in the way.

I've got what must be my tenth cold of the season. Charlie brought this one home. Fortunately it's not a bad one, and I haven't been totally out of commission.

I started buying parts for the first production run last Friday. Ran into two problems - first, the flash ICs are being phased out in favor of a new model. It's not the end of the world, since I made sure there were other parts out there with the same pinout that'd work. Trouble is, the new chip doesn't have one particular feature I'm using, and coding around it would take a bit of work. Adapting the code to an entirely different vendor's chip would take a significantly larger amount of work, and it'd probably mean a major rewrite of the SSTV encoder, which uses the same chip. Fortunately I found a good source for the old part, so I've got 500 on the way, due in on Friday.

The next problem was the switch. I designed around a model that I had several examples of on hand, and I was careful to make sure it was available from at least two other vendors. Only I didn't think to check on availability of the caps. Who would have thought that sourcing a stupid plastic cap of the appropriate size would be such an ordeal? I spent two or three hours hunting online and calling vendors. The closest thing I've found is too big to fit in the hole, and I'd rather not throw out a couple hundred custom-made end plates. I think I can modify the holes to widen them by about 1 mm without ruining the finish, though. Might have to move the switch back a bit on the next PCB revision to accommodate the longer cap, but there's tons of space for that.

No major hardware glitches with the PCB so far. The footprint for the flash chips is wrong, but it's close enough to work with a little care. I routed the external squelch input to an I/O pin with no interrupt function, which pretty much kills my power save scheme when operating in that mode, but if you've got an external squelch then you're probably using a mobile rig and have external power anyway. Besides, if you've got any announcement or ID timers enabled it's not going to be in deep power save mode anyway. Worst case, it'll mean 30 days of idle battery life instead of six months.

The prototype pictured above has a laser-printed paper label on it. It was my first attempt, but I think it'll do. I don't want to clutter it up with more text and graphics than necessary. I'll add a page to the manual with a quick reference guide on a strip to cut out and fold up to fit in the battery compartment.

The 10-mil Lexan graphic overlay on the production version will cost nearly as much as the case itself, at least to start with. Still, I think it'll be worth doing, and I'd like to get experience working with the material.

Oh, and after all of the component troubles, I was finally ready to get some work done on Sunday, but there was a fire in the lot of the packing company down the street from my office. It took out power to a good portion of the town, along with cable TV and Internet. Fired up the generator for a bit, but didn't get a lot accomplished.

Charlie's off at Outdoor School this week. I remember my own week there, two decades ago. I hope he has an easier time on the 9-mile ridge hike; the wind must have been blowing 50 miles per hour at the top, and was driving rain and hail on the day I made the hike. I think it was also uphill both ways in those days.
Posted by N1VG at 9:28 PM No comments: